EU’s largest geothermal plant to be built in Denmark

Buildings account for 13% of all greenhouse gas emissions in the EU, equaling 432,000,000 tonnes of greenhouse gasses every year. With large-scale geothermal heating plants, it is possible to heat millions of homes with green energy, also when there is no wind or sun. When geothermal energy replaces hydrocarbon based heating, an average household can reduce its CO2 footprint by up to 6 tonnes per year.

"It is critical to rethink our heating sources and bring geothermal into play when planning the future energy mix. We see a huge potential for geothermal based heating in many European cities that are struggling to phase out coal to meet the climate targets. We believe countries like Denmark, Germany and Poland offer the right subsurface conditions to significantly reduce the need for coal, gas and imported biomass. Today’s announced 30-year agreement is an important first step of our journey. We are very glad to see the strong support from the Danish government and Aarhus municipality, including the trust in our team and technology, to develop, what will become, EU’s biggest geothermal based plant." 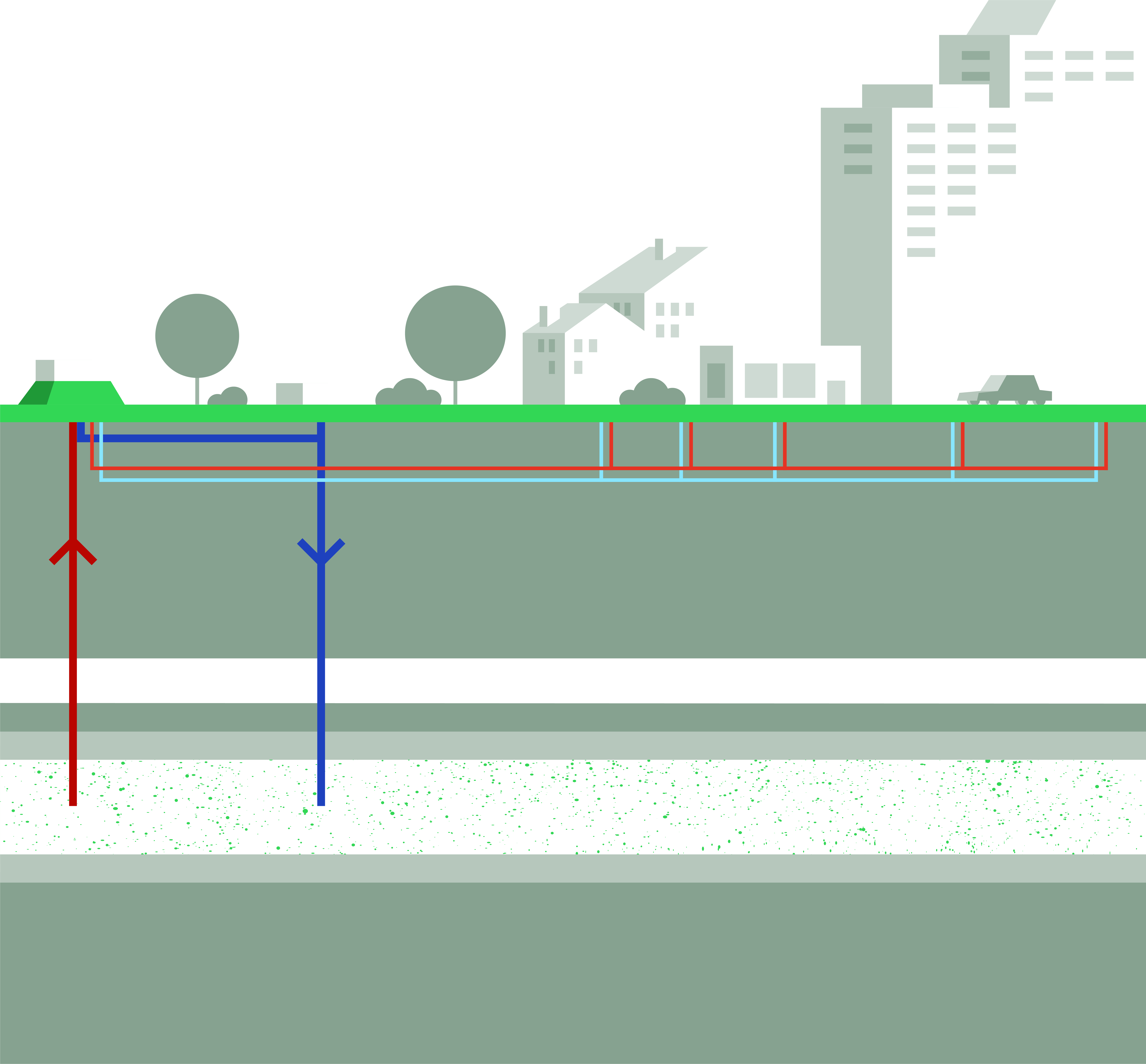 Geothermal energy originates from the earth's core. In a location like Aarhus, water is extracted 2-3 kilometres below the surface at a temperature of 60-90 degrees C, via a production well. At surface, the water’s heat is then harvested via heat pumps and transferred to the district heating network, after which the cooled geothermal water is pumped back to the subsurface via an injection well. The technology offers the opportunity to provide a truly circular and sustainable form for energy.

Aarhus municipality has 330,000 citizens and 180,000 households. 95% of the households are connected to the district heating system. The planned capacity of the geothermal heating plant in Aarhus is 110MW, equaling 20% of Aarhus’ district heating demand, and the annual CO2 emissions are expected to be reduced by up to 165,000 tonnes. Subject to a successful appraisal process, the geothermal plant will be completed in 2029 with an expected operation of at least 30 years.

Innargi was founded by A.P. Moller Holding. In the end of 2021, the company raised capital from Denmark’s state owned and largest pension fund, ATP, and the Danish utility company, NRGi.

"The A.P. Moller Group holds extensive historic experience of large-scale subsurface projects. A few years ago, we divested our oil related E&P activities. We founded Innargi to bring these competences into play for the benefit of the energy transition. We see great opportunities for Innargi to develop green district heating for Aarhus and millions of homes in other cities in Europe."

Geothermal energy is a renewable source of energy found in the subsurface as warm salty water. The temperature of the soil layer of the subsurface increases with depth as heat flows from the earth's core towards the earth's surface. The earth's core has the same temperature as the sun's surface; about 5,000 degrees C. The heat in the water can be harnessed for energy. In some parts of the world – along the ‘ring of fire’ at the plate tectonic boundaries – the water is above 100 degrees C and can be used to produce electricity. This is the case, for example, in Iceland. In most places, however, the water is less hot, but still suitable for district heating. This is the case, for example, in Denmark and in large parts of Europe. Many confuse geothermal heating systems with soil heating. Soil heating systems take advantage of the heat from the sun, while geothermal plants take advantage of the heat from the earth's interior.

Innargi's mission is to heat millions of urban homes while leaving zero impact on the planet by developing geothermal energy. With the combined expertise and knowledge of geologists, reservoir-, facility- and drilling-engineers, and partnerships with local district heating experts, Innargi is in a unique position to turn ambitious plans into real change.